I got these kits after seeing them on Flickr user MurderwithMirrors's feed. 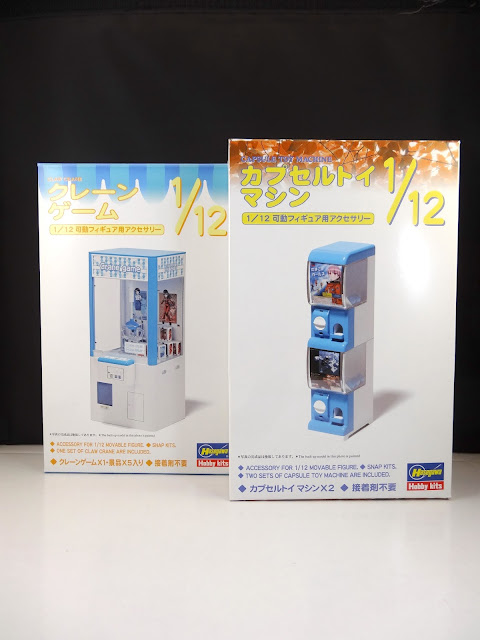 I am currently obsessed with miniature gashapon machines (capsule machines), and these kits were really fun to put together and customise. Some people have had issues with the crane machine kit, so I was extra cautious while putting it together. That said, I nearly accidentally snipped off a hinge anyway. I enjoyed these kits so much that I put in an order for another capsule and crane machine, and a couple of the arcade machine kits. I was also eyeballing the Taiko Drum Master arcade kit but couldn't justify it at the time. All the items in my shopping cart were adding up. Maybe next time. I'm thinking of setting up a little 1:12 arcade room.

The crane game came with anime girl figure boxes as the prizes, but I wanted to make a little Sylvanian one. The miniature Sylvanians even fit down the prize chute (a little hard to remove though). I'm getting another crane machine kit to make an Animal Crossing themed one. 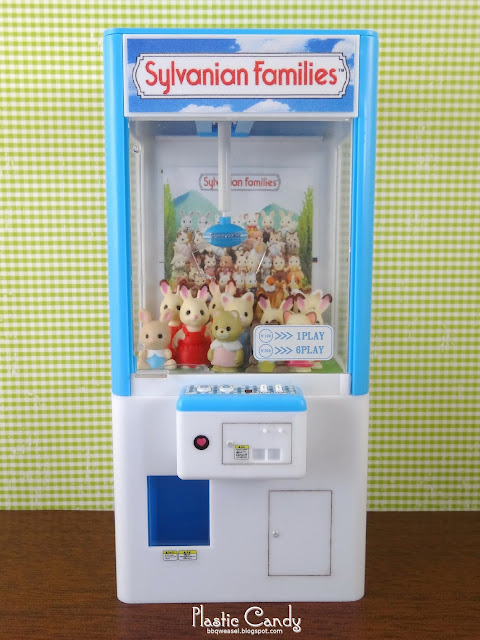 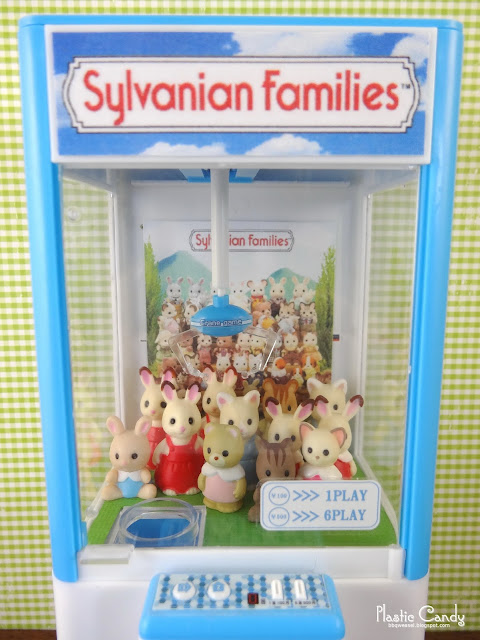 The crane game is a bit tall for Sylvanian figurines and Nendoroids, so I've stuck them on a stool. Donna Butterglove is trying to get something that is not a Chocolate rabbit. But with as with all crane games, getting ANYTHING at all is pretty tricky! 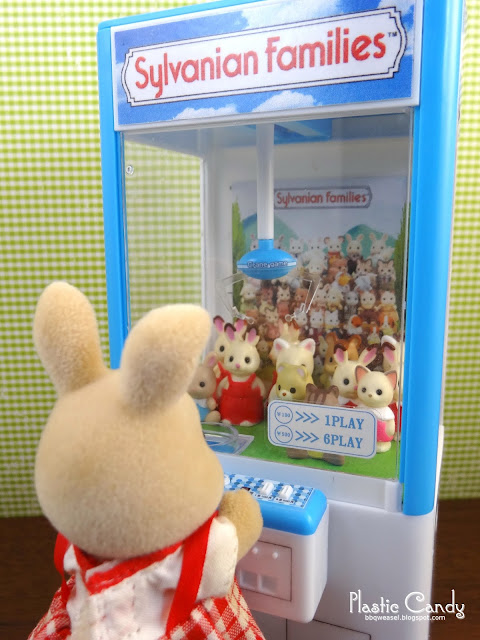 That feeling you get when your prize gets stuck and you've run out of money. 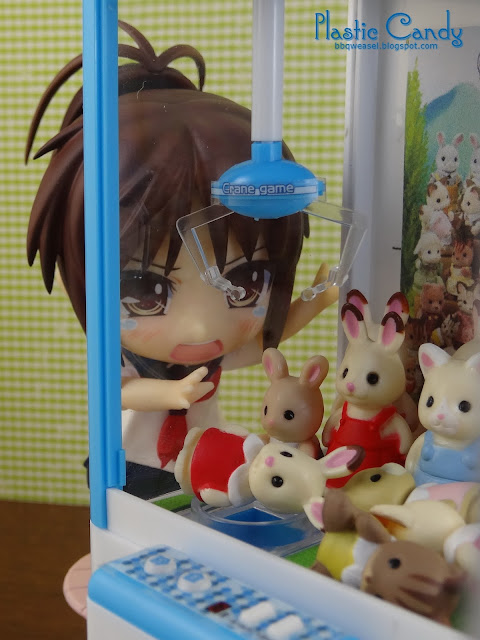 This Nendoroid is one I actually bought solely to steal part of a stand off of (after I broke Isabelle's stand :(). She was like only $10 on Rakuten for some reason. She's just been packed away in a box for several years, so I'm glad I've found a reason for digging her out again.

The capsule machine kit came with a sheet of inserts that you could cut out and use, but I wanted some Sylvanain themed machines so I printed out my own. I used pictures from real Sylvanian gashapon machines. These capsule machines also doesn't actually work, which is a pity. I have some machines that do work, and I'll do another post with them in the future. I've used the shells from the working machines in the pictures because the 'capsules' from the kit don't actually open--in fact most of them are solid single colour balls. 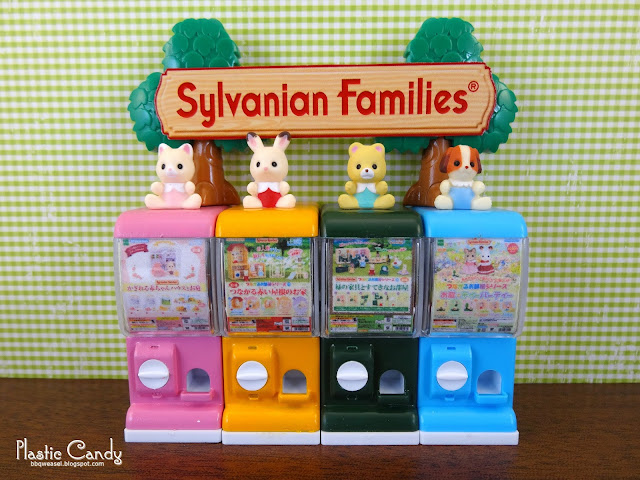 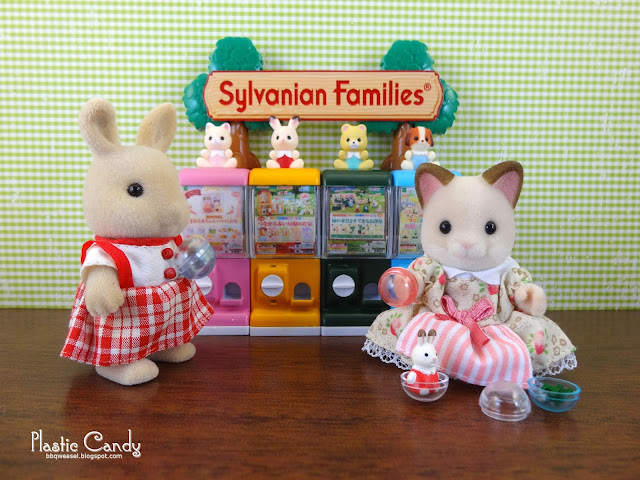 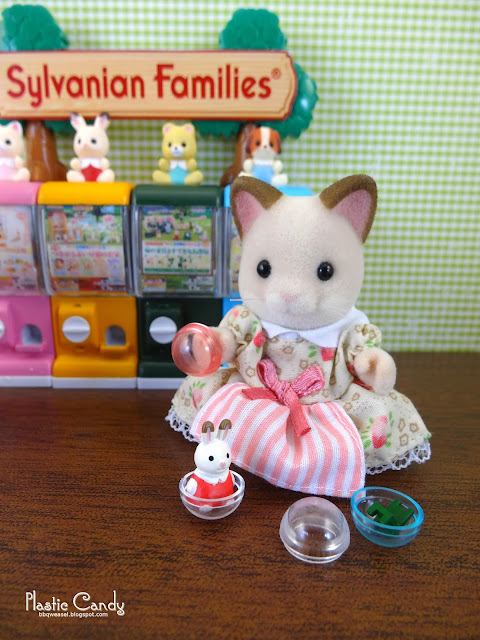 I found some smaller Sylvanian toys to put into the capsules. The larger bunny in the above picture doesn't actually fit, unfortunately. Can't put the other half of the shell on. 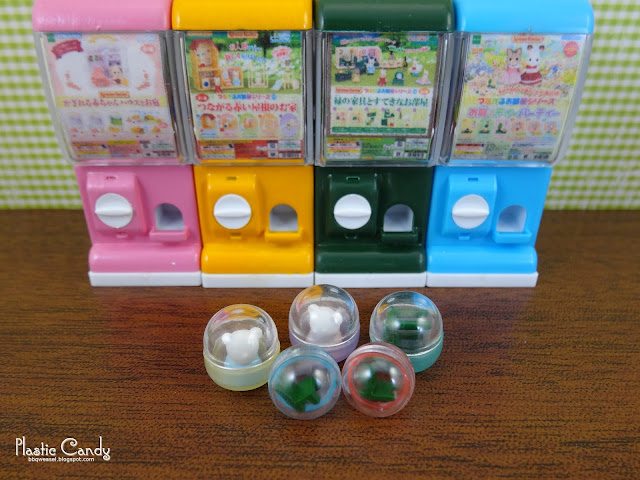