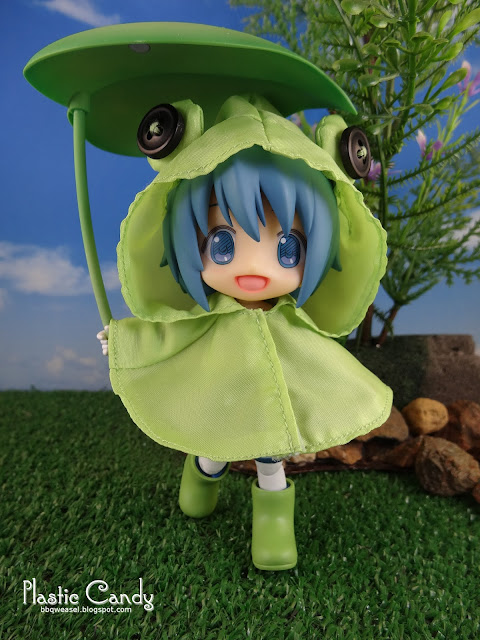 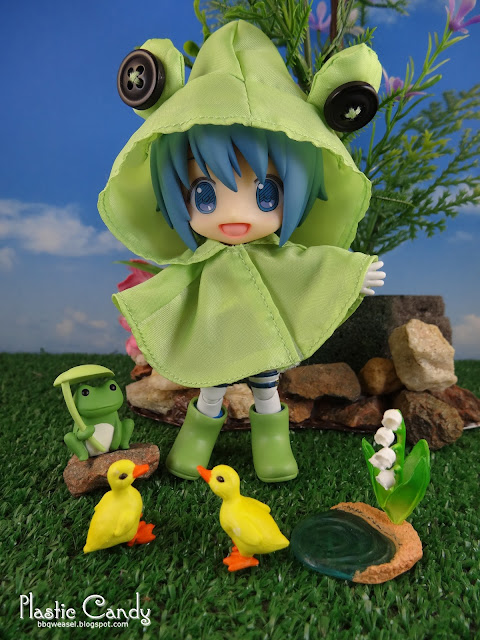 I saw some Cu-Poches on AmiAmi and fell in love. I've seen them online before and just kinda brushed them off because I thought they looked a little weird. I think it's the joints? They actually look pretty awkward and unattractive, IMHO. The ones I saw were from the main line which focuses on articulated action figures with molded clothing.

But then I saw how they look in fabric clothes and there was no saving me. Soooo cute! I greatly prefer their spin off 'doll' line, Cu-Poche Friends because of the real fabric. I ended up pre-ordering Akazukin, but I also picked up Sayaka Miki in the mean time. I couldn't resist her adorable face. Like Nendoroids, they Cu-Poche has swappable face plates. I'm waiting for the basic body to be released in December so I can swap out Sayaka's current body. I actually don't mind her current body--her design was my favourite in Madoka Magica. But the molded clothing and details get in the way of redressing her and even limits her articulation in some places (ie her skirt gets in the way of her being able to get into a sitting pose). And I've read that Akazukin is due to be released on the 24th, yay!

The more I play around with this figure, the more it reminds me of Pinky St for some reason. I think it's the swappable faceplates and hair. All the fun of a highly articulated doll but without the bother of (ugh) real doll hair. Me and real doll hair don't mix. I love dolls, but I really hate having anything to do with their hair. Also, Cu-Poche has a magnetic stand! It's my first experience with anything like it, and it's awesome! So much more versatile than a Nendoroid's stand, and it also comes with similar plug in the back bits if you need that extra stability or if you want to do a flying pose.
Posted by Pei the Blargh at 02:41