I've been working on this on and off for a while. I got the Sylvanian Sewing Shop from Wendy a few years back, and even though it's one of my favourite sets, I've not really done much with it. I had originally wanted to fit it into the TOMY boutique, but there was barely enough space for all the original accessories much less the sewing shop.

I decided to customise one of the small cottage shop buildings for this. I used the pink building from the Madeline's Boutique release (Ms Madeline already has a nicely outfitted shop in my village). The pink building is one of my least favourites. There's something really un-Sylvanian about it. Most SF buildings tend to come in natural shades of brown and cream, and even when there's a pink building (the Urban Life Cafe Terrace springs to mind), it's not obnoxiously bright like this one is. 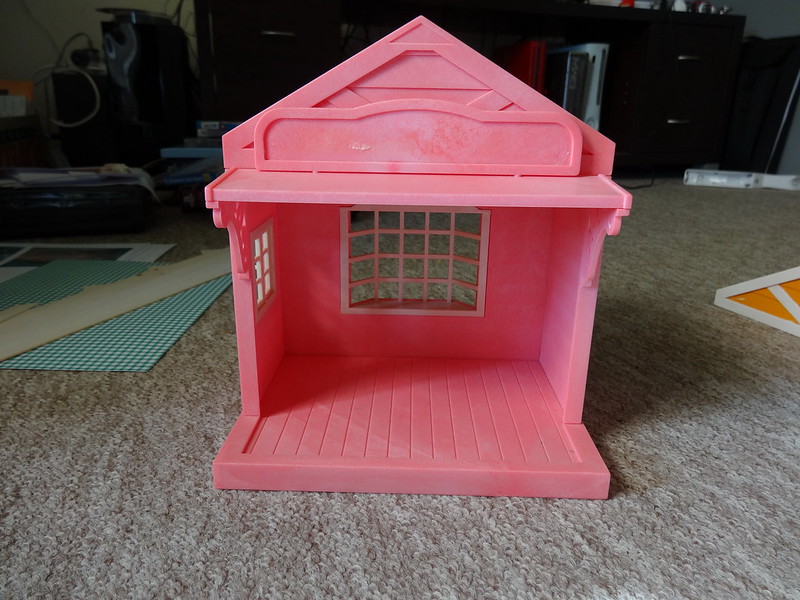 I had considered using light pink and white, but I settled for a bright yellow and white instead. I'm glad I did, I like the yellow! I also got rid of the bay window and put in a balsa wood shelf. I really liked how the bay window looked, but there really isn't enough space for a lot in these little shops. I decided to put in the shelf after seeing moonrabbit_ly's photos of her sewing setup. There's not going to be enough stuff in my shop! No ribbon, not enough buttons, and especially no fabric. What kind of sewing supplies store has no selection of fabric? 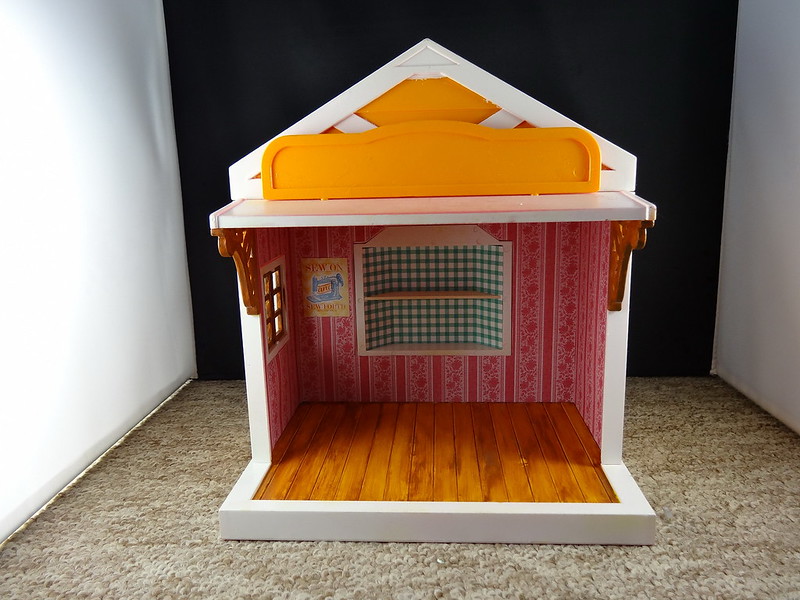 Anyway, I started work on the accessories. Here are some buttons. I used micro beads I found at a cheap shop a couple of years back for most of them. I regret I didn't try to do a pattern with the tiny gold micro beads to make it look like one of those cards with fake gems on it. 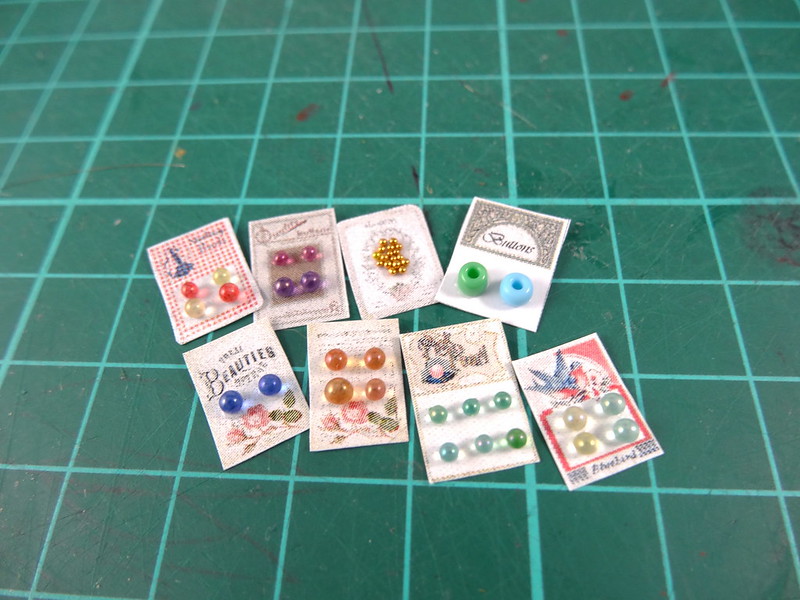 I saw this on the Crafty Ladybug's site years ago. I cut the tip off those useless UK baby bottles and sanded the tops down and filled them with beads. I'm pleased by how natural the tops ended up looking--like they were always meant to look this way. :) 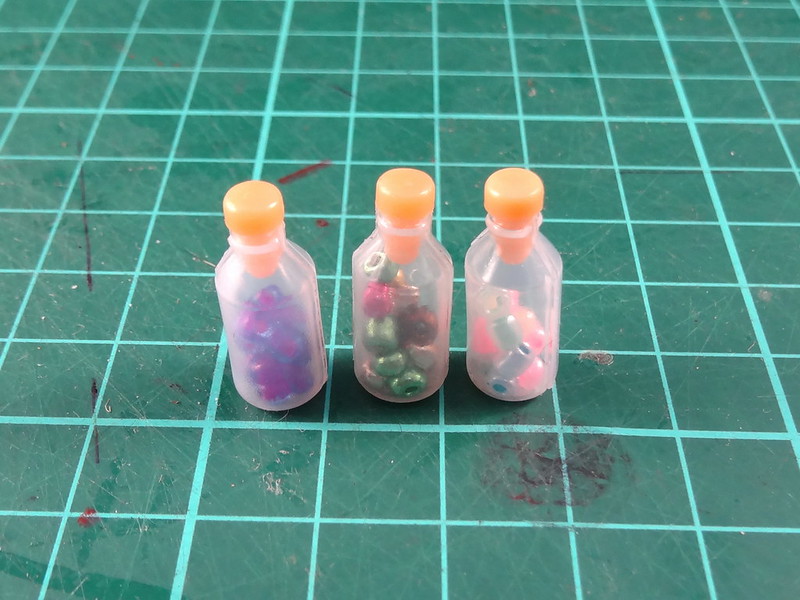 I also made some magazines, and a couple of books. The book covers were made using fabric. I love how the quilting book turned out. I was missing the paint brushes from the sewing shop, so I made some out of the ends of a couple of cocktail toothpicks. The fancy ends make for awesome brushes. To make the bristles, I chewed on the ends to make it split. 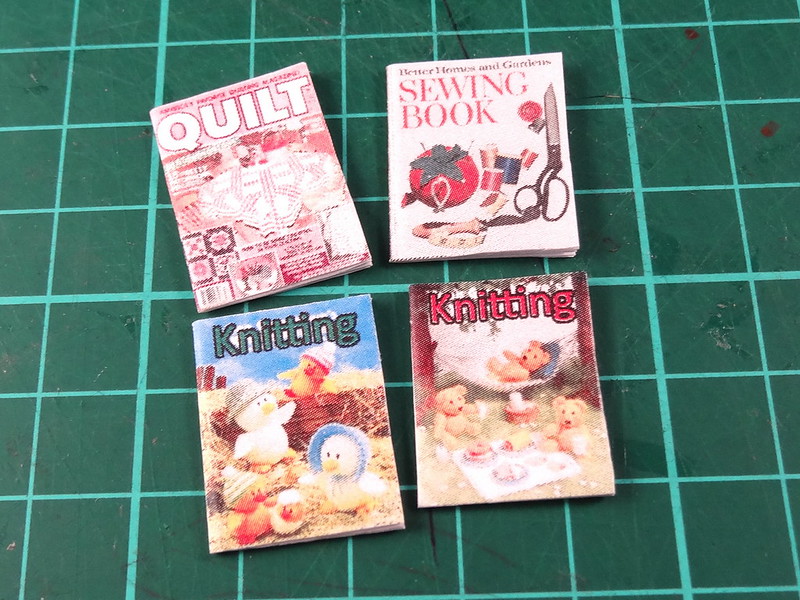 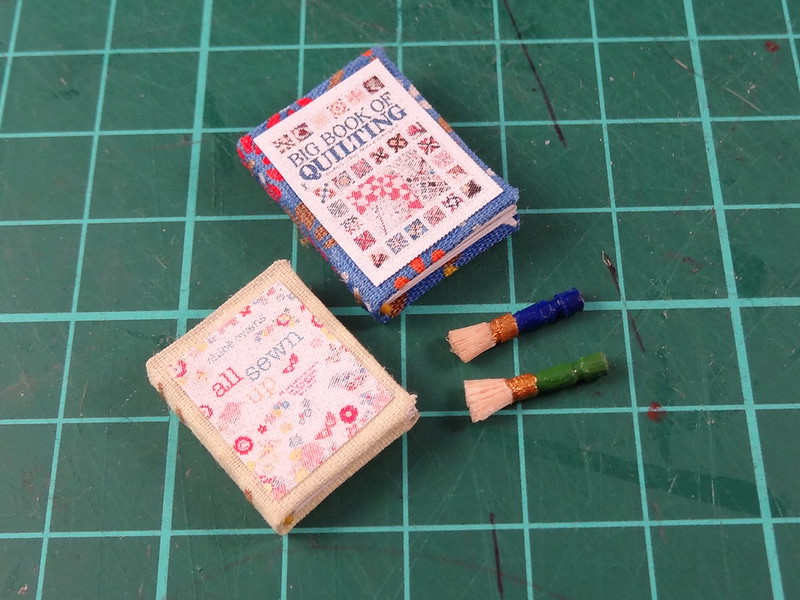 I'm also missing the original bottles of fabric paint from the sewing shop, so I made my own with some beads and cork paper. I guess I could have made the lids with polymer clay, but at the time I CBF. 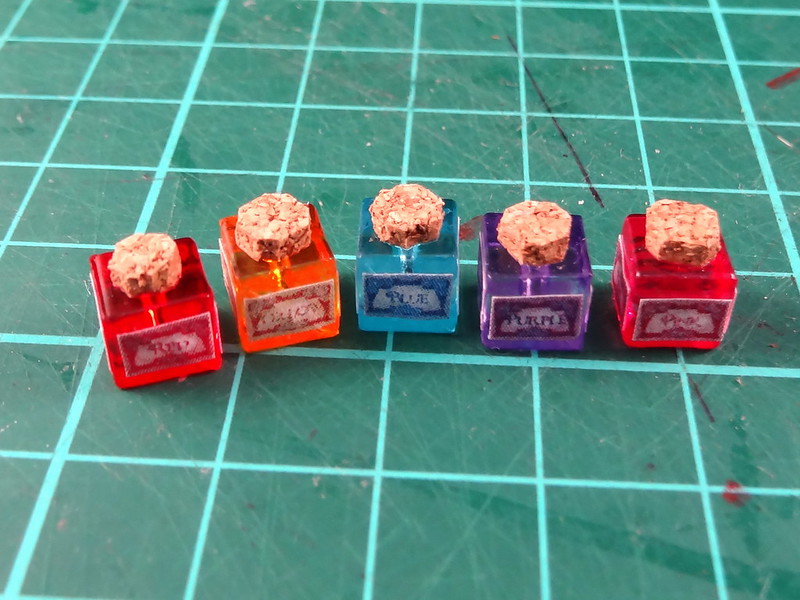 There was some extra space on the shelves so I found an extra SF tray, painted it and filled it with goodies. The little packets are supposed to be packets of pins and needles. For the ribbon I used craft ribbon and those annoying little ribbons that come sewn on the shoulders of women's tops. I think they're for hanging the tops or something? I generally find them annoying so I cut them off. 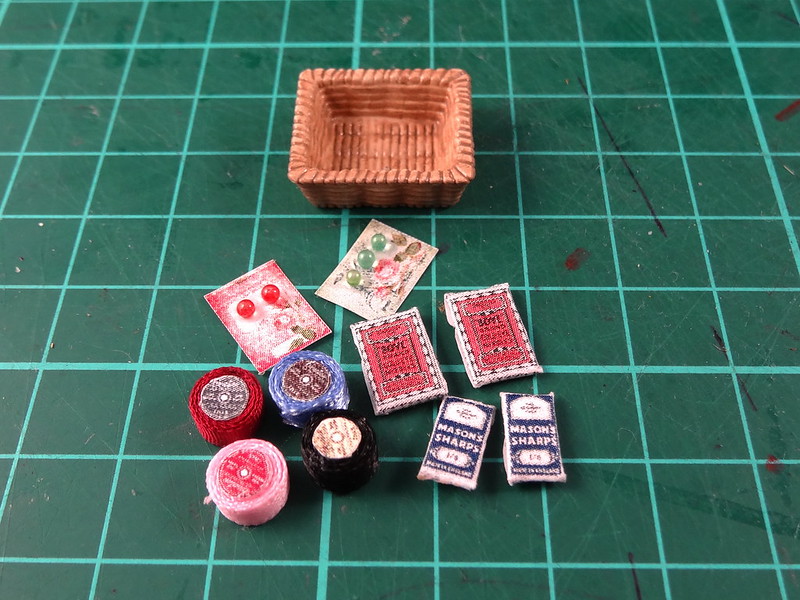 After making those accessories, I looked at the little spools of thread and they just don't look 'real' enough when placed next to all the other stuff. I decided to be extra picky and wind real thread around them. 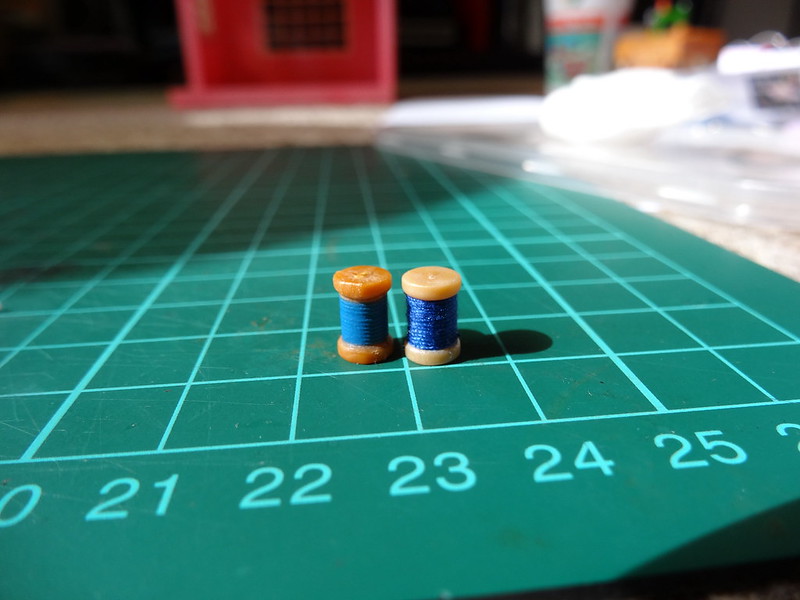 I've only got to make the sign, awning and the roof tiles and the shop will be complete. And maybe I'll be able to take better pictures of it after that. The pictures for this entry have been pretty dismal.