Pins and Needles Sewing Supplies Shop Update, plus other things

Long overdue update time! I actually completed this shop about a month ago, but didn't manage to take photos I was satisfied with until now.

Introducing the Pins and Needles sewing supplies store, your one stop shop for all your sewing needs. This shop contains craft books and magazines, thread, a nice selection of fabrics, paints, buttons, sewing machines etc. 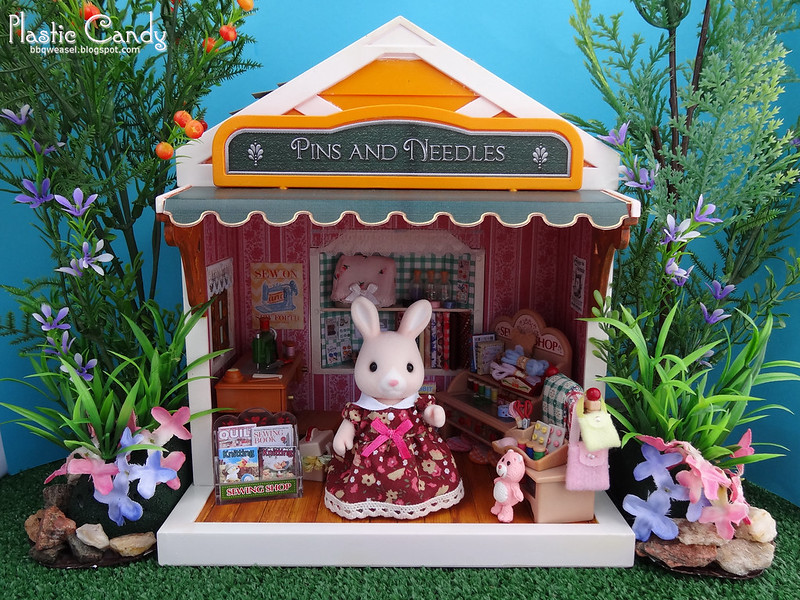 Meet Adrianne Hopkins, the proprietress of Pins and Needles. 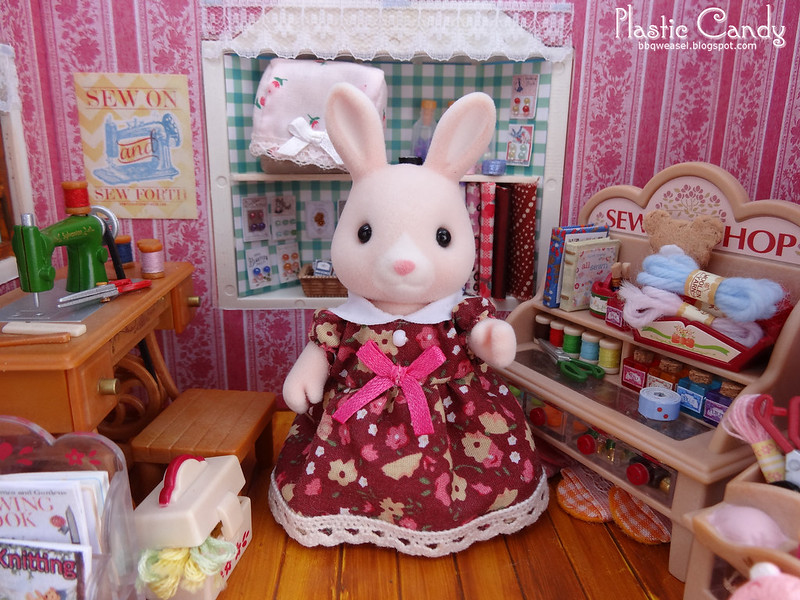 I had originally considered either a Dandelion rabbit or Silk cat mother as the owner, but I thought that Adrianne and her colour scheme fit in there really well. I love the Hopkins Champagne rabbits. They are a soft pink colour and their flocking is so, so soft! I added a lace trim to her dress. Her original stock photos had a lace trim, but the final release came without (unfortunate, because she looks much fancier with some extra lace). I just glued it on because I suck at sewing. 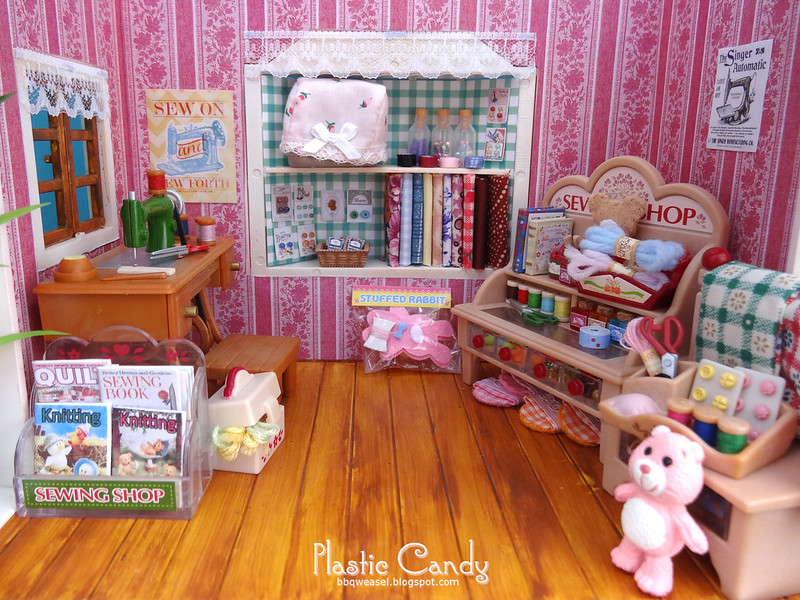 Little Re-Ment Care Bear. I used to have him in Mulberry's Toy Store, but he just fits so well in here, I couldn't resist. 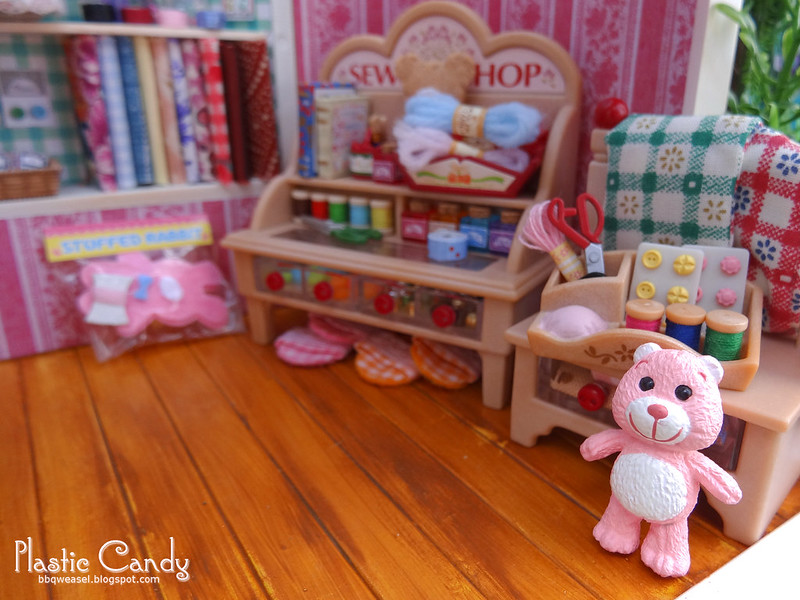 Goodies for sale. I did my best to make up for the missing bits in my sewing set and added extra items like the books and more beads. No way did the original set come with enough beads! 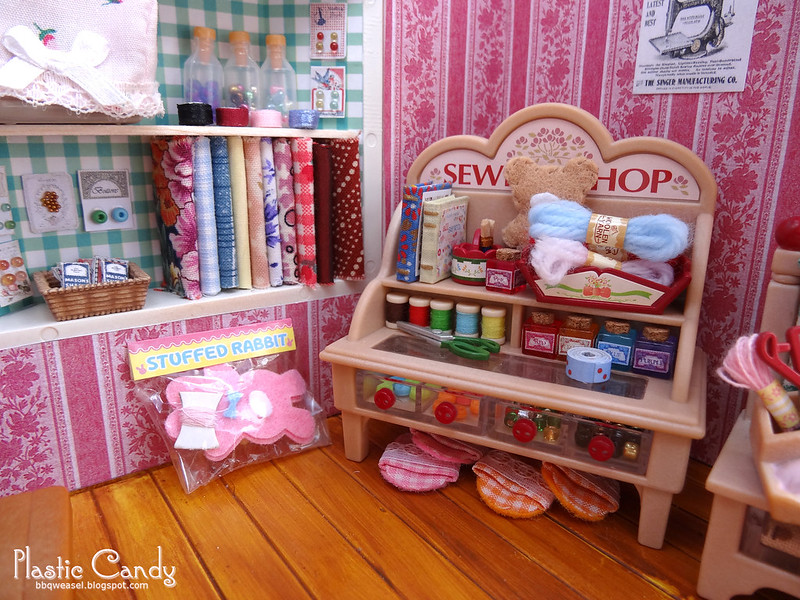 Bay window turned into shelves. I don't think I really have enough fabric for a sewing shop, but it'll have to do. It's already pretty cramped in there. 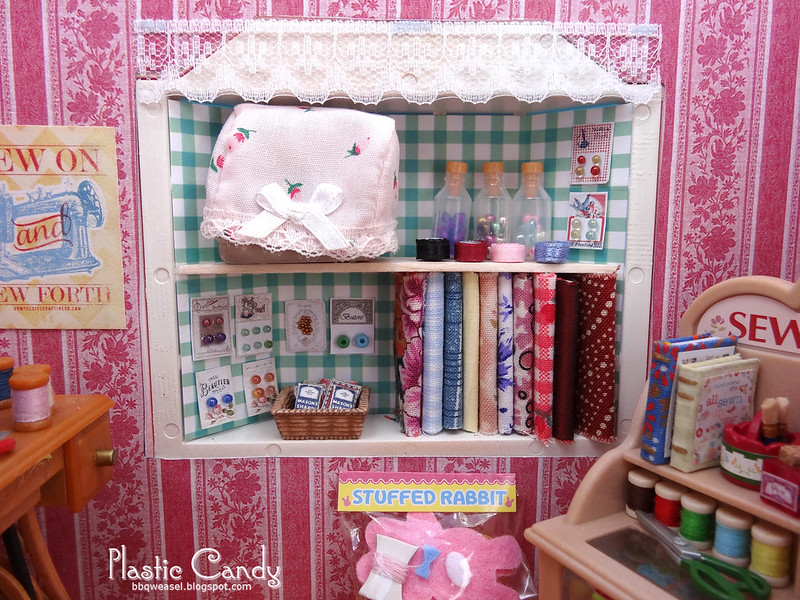 A green, vintage Singer, the pride of Pins and Needles. Not for sale, it's Adrianne's personal machine that she inherited from her mother. 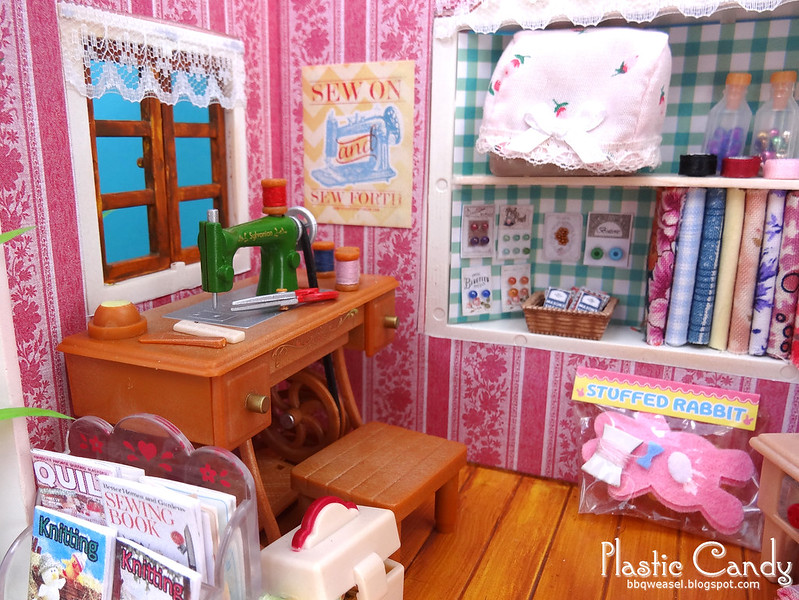 I love this piece. I kind of wish I had the black version too, but green's pretty good. 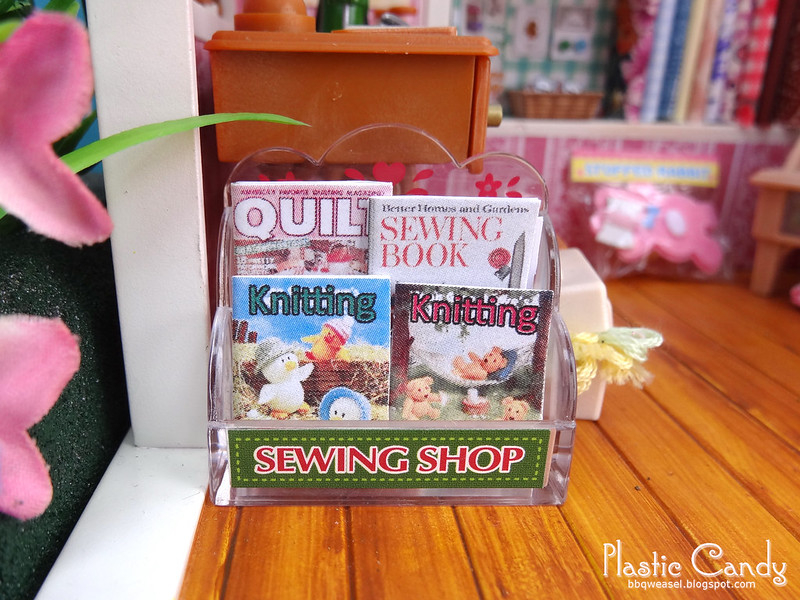 Buy the bolt! I almost named Pins and Needles 'By the Bolt'. XD 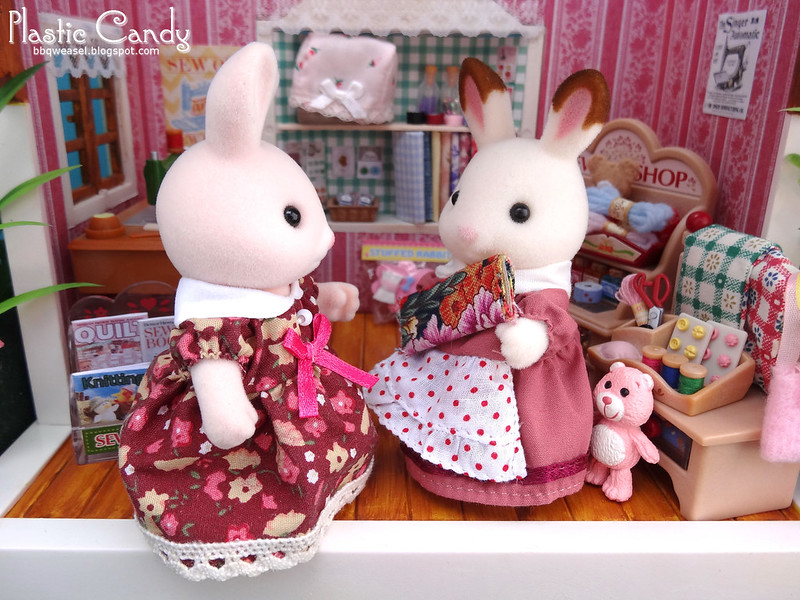 And that's all for the shop. I might add some dress forms to the outside later, but hadn't really thought about it when I was taking the pictures. I also need to make better back drops and add more plants. The same two pieces of shrubbery is getting old.

I've done a review on this old Sylvanian school set on the forums here.

Also, I went to The Reject Shop last weekend and picked up this little guy. 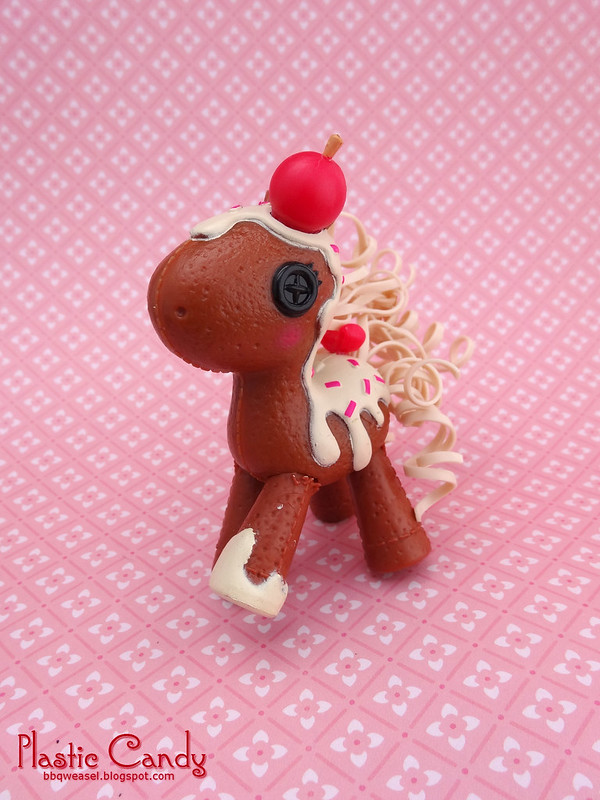 Lalaloopsy candy pony! This one is called Mocha. I really, really wanted to like Waffles, because the concept of a unicorn with a smooshed ice cream cone on its head acting as its horn cracked me up. But Waffles has a really ugly bib molded on him. Just could not get over that silly bib. Mocha is really cute though.
Posted by Pei the Blargh at 00:09