I finally made something new.

I finally made something new. And took some pictures. I've been feeling very flat and unmotivated for the past few months.

I found a wonderful tutorial by ToniEllison for milk and cereal. It was fun if very time consuming to make. I need to do something about my bowls, they're not very good. And next time I think I'll make a little 'splash' to put at the base of the poured milk.

I think they look funny baking in the oven. I got a new toaster oven from the OP shop, but I didn't notice that it doesn't actually have a temperature control dial. Only options for heating from the top, bottom or both at once. Welp, at least it's smaller than my previous hulking beast at least? 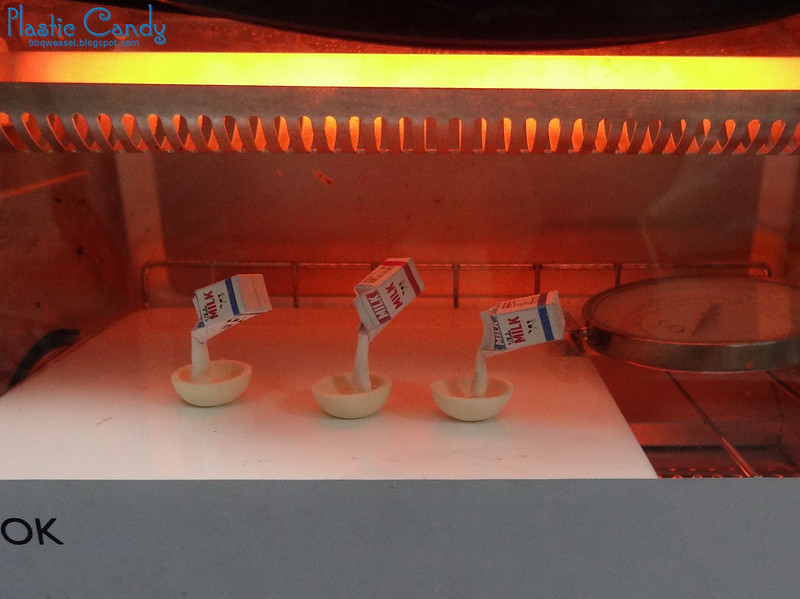 I made three of them, with the red skim milk in the plain bowl being my favourite. It's also the one I made last so it has the least mistakes. I made an extra bowl of cereal with a spoon because I had so many left over cereal flakes. 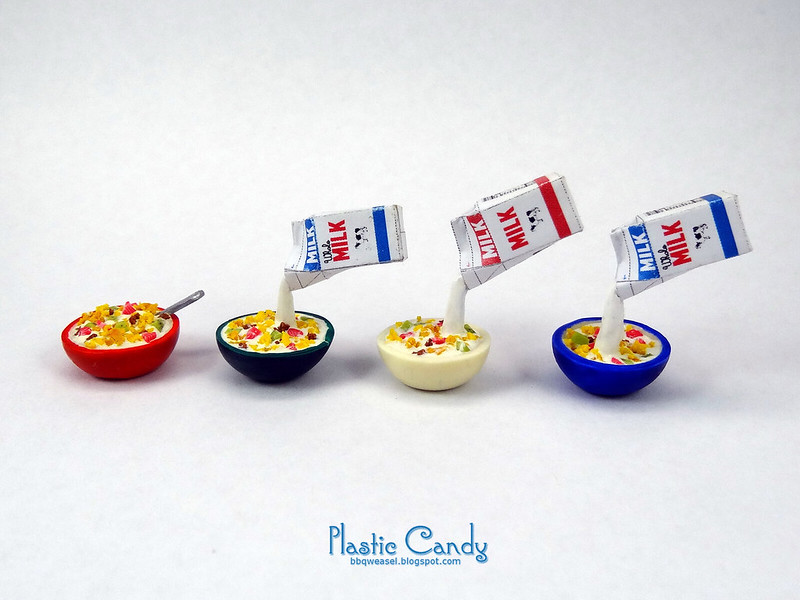 I made the milk stream too high for Sylvanians. Mama Neptune had to stand on a chair to pour this. The stream works well with 1/6 dolls, though. 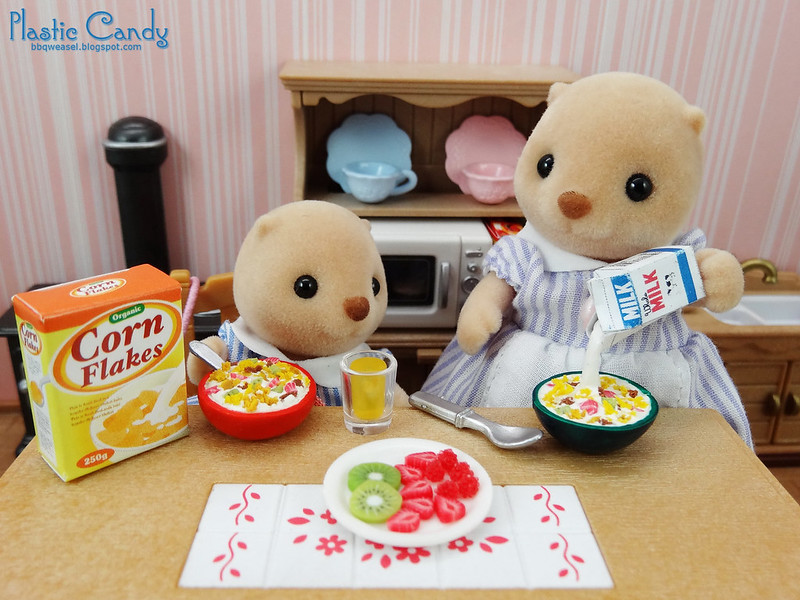 Shelly: Mama, where does milk come from?
Narrisa: Ducks, dear. Mr Waddlington delivers the milk.
Shelly: No, I mean WHERE does it come from? The carton has a picture of a cow on it, does this mean that Mrs Buttercup makes it herself--
Narrisa: Never you mind. Eat your cereal.

Yeah, where does Sylvanian milk come from anyway? 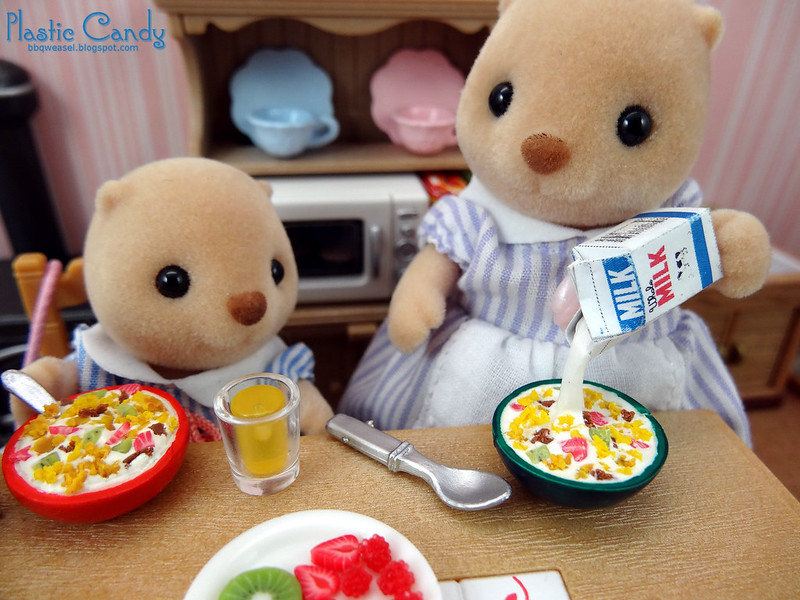 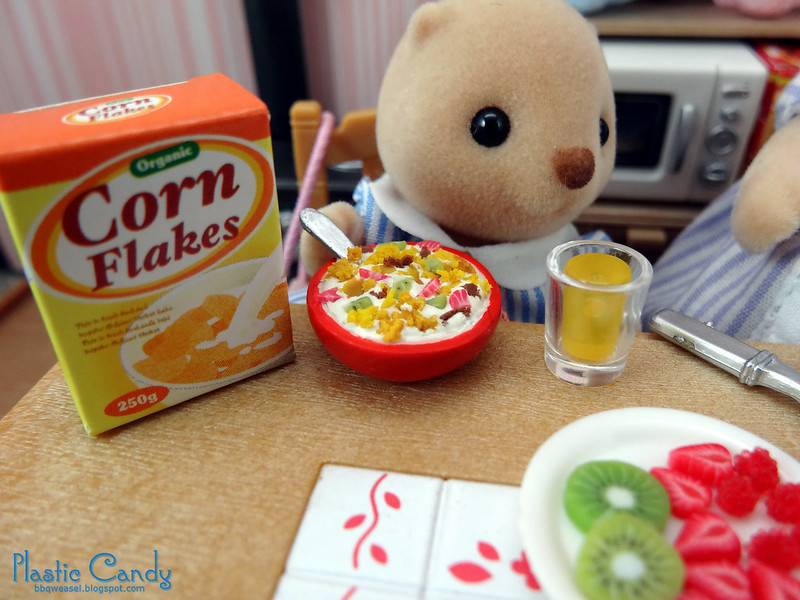