I have a few Monster High dolls. I love how much thought and detail goes into these dolls, and their unusual choices for creatures to turn into dolls. I really like the more outlandish ones. A six armed spider doll? An actual skeleton doll? An articulated centaur? A golden dragon? Not to mention lovely intricate designs on some of the doll torsos? Sold! Ah, where were you when I was a child? Not that I would have bought them as a kid anyway, I was very much a pink and girly toys girl. I still am to some extent--I love cute things, but I've since learned that I have an extremely morbid side. I love ghoulish and outlandish things, and I have a rather inappropriate sense of humour.

Anyway, back to the dolls. I like them but I've never been a fan of their face ups. I like a more subtle looking face on my dolls in general. I've been accumulating several of these dolls with the intent of repainting them and finally (after about two years, haaaa...) broke down and bought a can of MSC (so expensive here...) Best dolly decision I ever made.

Here's my first MH custom. This is the fourth doll I've ever customised and my first MH one. The other dolls have been Bratz. I used a Vampire Create-A-Monster doll head as the base because it's the mold I liked the least. I used a mix of coloured pencils, pastels and paint for this custom. I did all my previous customisations using acrylics and pastels, so coloured pencils is another first. 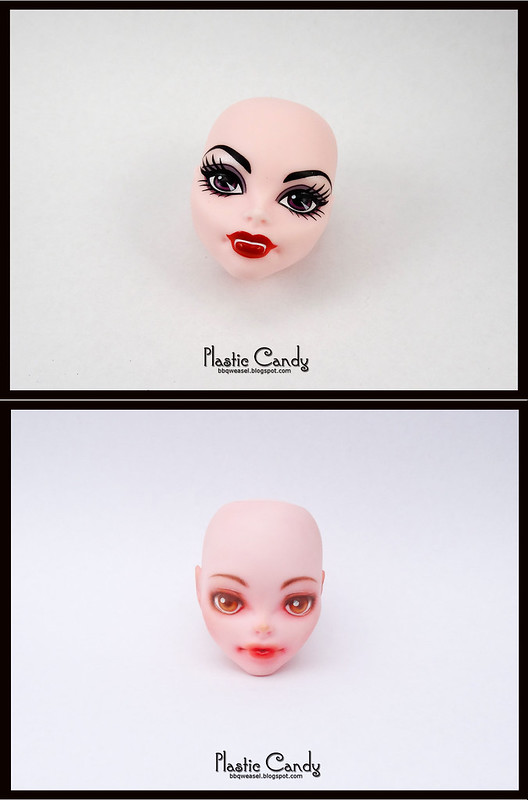 I made a brushed yarn wig for her because all the Liv wigs I have makes her look like a strung out druggie or something. Don't even get me started on the default CAM wigs. Yuk. The tutorial I'm using is this one:

It took a long, long time. @_@ I don't have a flat iron so I used a clothes iron to smooth out the wefts.

I'm not really happy with the wig. It's too poofy, and I gave it a bad haircut to boot. I have no idea how to cut hair. The spiky anime hair is my attempt to disguise the bad haircut, haha. 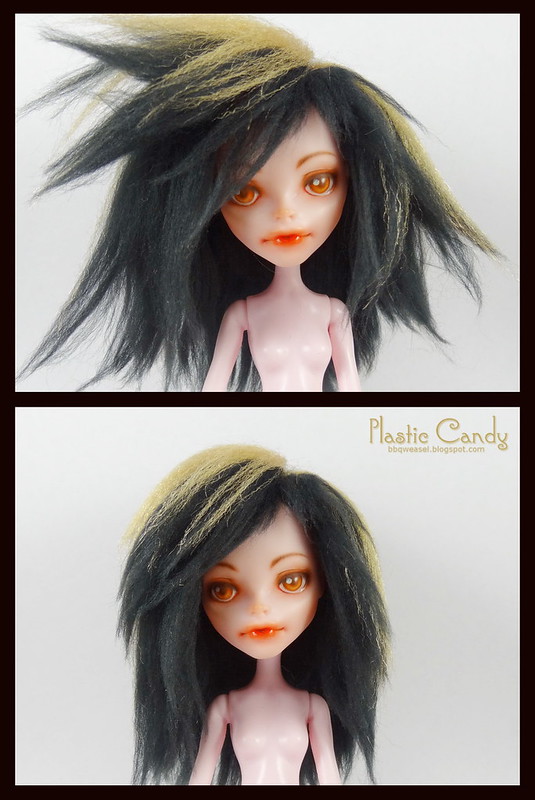 I also stole some wings of a McD's Flora to use in the custom. I had to break her to get the wings. Those toys are glued down tight! 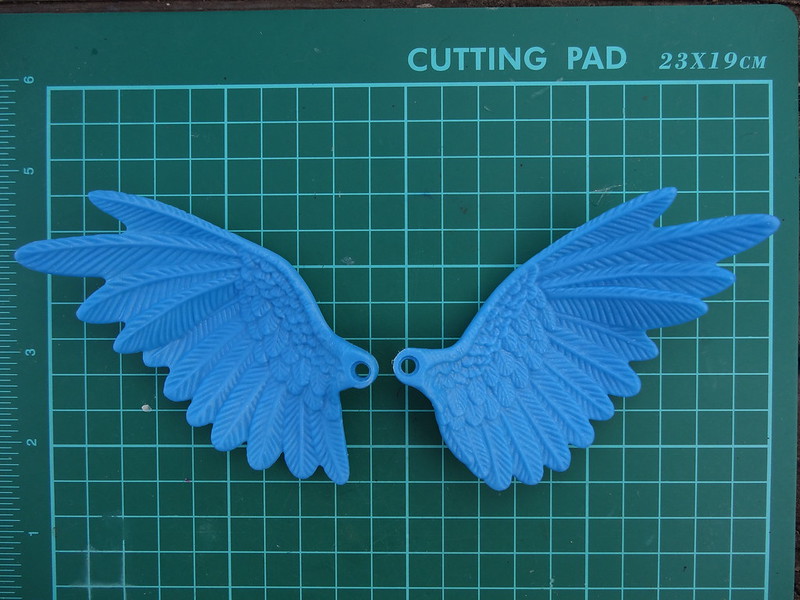