I got this at my work Christmas Party. I gave it to my husband, because I thought it would be funny. He looked at it awkwardly and told me that I should put some Nuka Cola caps in it. I had thought about it before giving him the box but felt a little reluctant because the last time I made Nuka Cola caps it was for my brother-in-law's funeral. 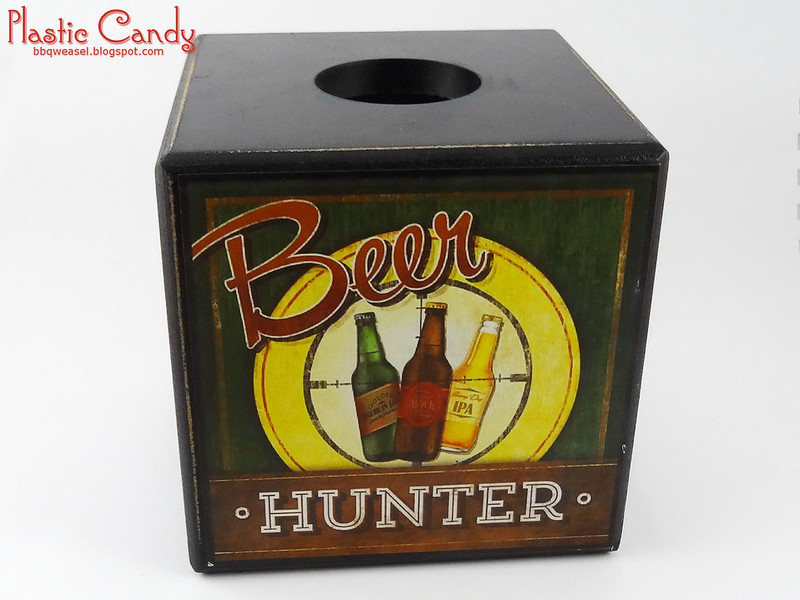 Anyway, in the end I decided that I would go ahead and redo the entire box and give it to my husband as a Christmas gift. I planned on doing up the bottle caps with far more detail that the funeral caps had, and in a variety of types. Make real life Nuka Cola caps have something positive  associated with it rather than just that horrible memory.

I wanted to do it up with a Fallout theme, but in a way that also made some kind of sense. I mean, why would anyone have a box for collecting bottle caps? Thus the Bottle Cap Lottery and the Cap Collection Crate was born.

The front of the box. I think I should have put Cap Collector's Crate on it instead, but it was too late by then. I had thought about Cola Cap Crate, but for some reason the closeness of the 'c', 'p' and 'r' letters made me think of 'crap'. 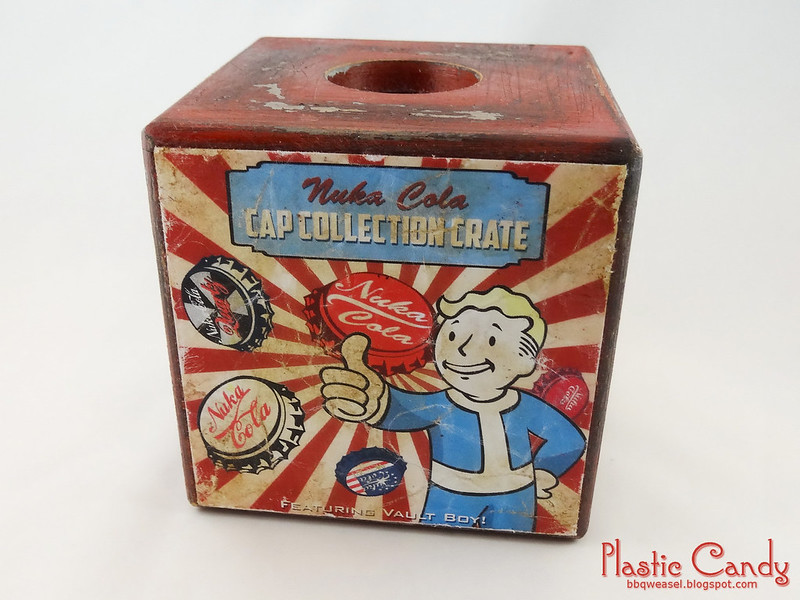 The back of the box with the contest rules. Hope it's readable. Husband said that he reckons that the time limit for turning in the box of caps should be about two weeks. I wonder if you'd turn into a ghoul if you tried to drink 500 Nuka Colas in two weeks? And mmm, food paste. 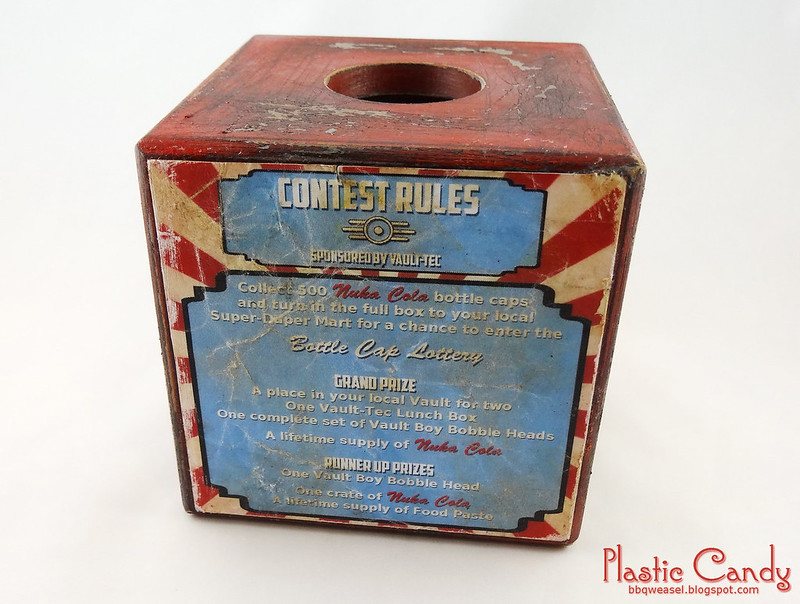 Here are the caps. I know there's a Sunset Sarsparilla one in there. Me head canon is that whoever had it las just chucked one in there thinking that no one would notice. But those cap counter people at Nuka Cola are very thorough. They will find out. Also couldn't resist a Nuka Cola Yellow. There is no Nuka Cola Yellow. Just some dude who 'makes water'. 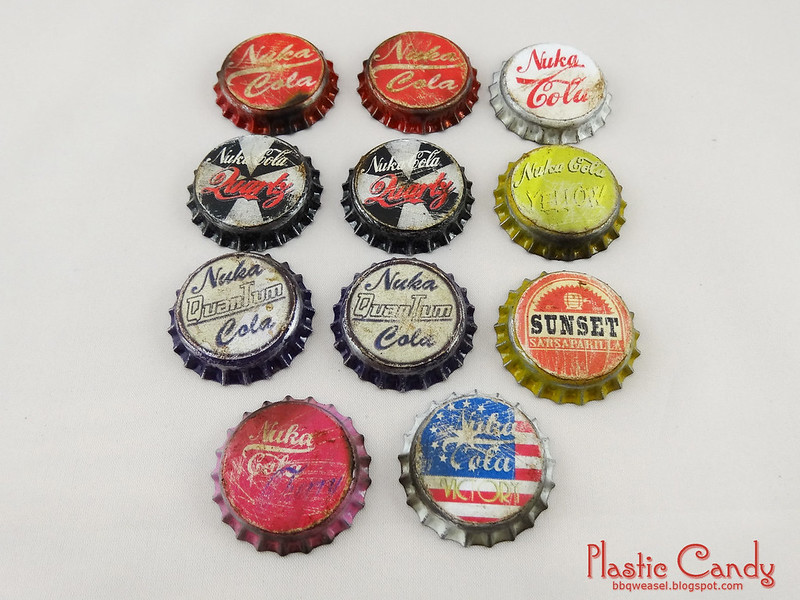